»Alexandropol« – Peter’s Liquid Image with a composition of Dietmar

In 2007 Dietmar performed with composer and violinist Alexei Aigui from Moscow in the festival »Est/Ouest« in the south of France. After the concert Vazo and Dietmar met and became friends. A short time later they started to work together, until in 2008 Peter entered the group. In this year Dietmar and Peter were invited to the 6th Gyumri Biennial in Armenia, which was curated by Vazo.

Vazo created this biennial in 1998, ten years after the earthquake destroyed almost entirely northern Armenia and touched in a particularly destructive way Gyumri, second city of the country. At the time, this biennial had no equivalent in the former Soviet Union.

In Gyumri Peter built from found material a sound sculpture named »Paul«. He also took photographs in his Liquid Images style in the center of the city, where you could still see a lot of ruins from the earthquake in 1988. These pictures show the former KGB building of Gyumri, which was untouched since the catastrophy. The Liquid Image »Alexandropol« was shown with a soundtrack by Dietmar, played on Peter‘s sound sculptures, in the »Style Gallery« of Gyumri. – During the performance some visitors were reminded of the time 20 years ago, of the earthquake and of the Soviet times. Some of them had to close their eyes, because of memories returning of the disaster.

Composer Dietmar collaborated with the Armenian folk rock group BAMBIR during the Biennial. The final concert of the his master class on »Open Forms and Graphic Notations« at the Gyumri Theatre with BAMBIR plus students of the Gyumri Conservatory For Traditional Instruments was published on the CD »Alexandropol«. 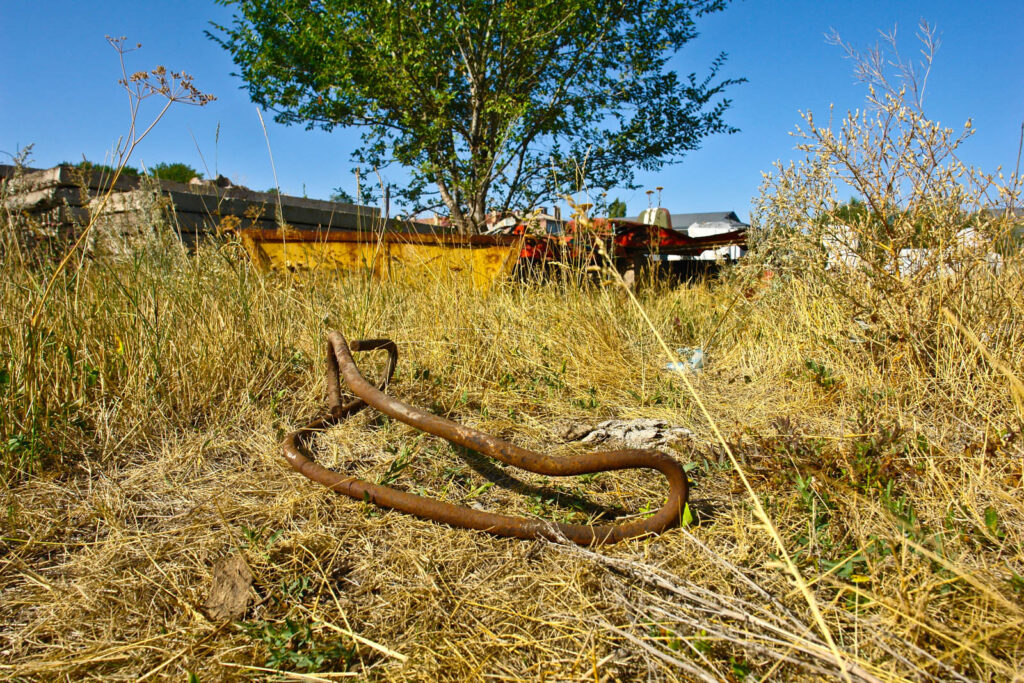 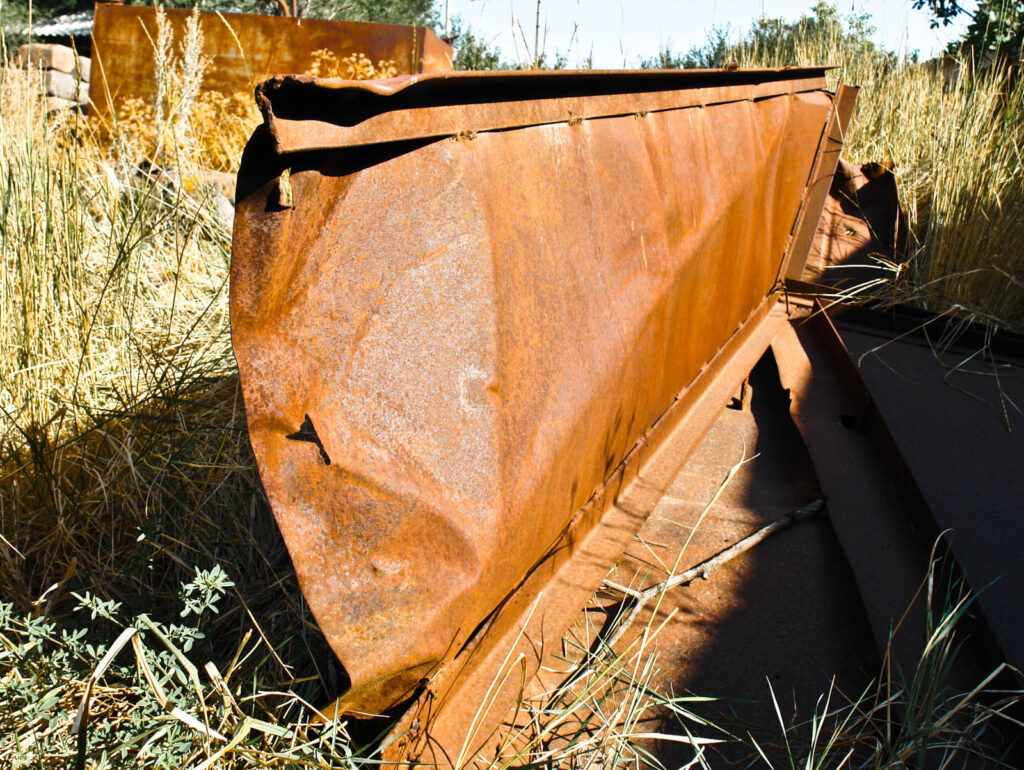 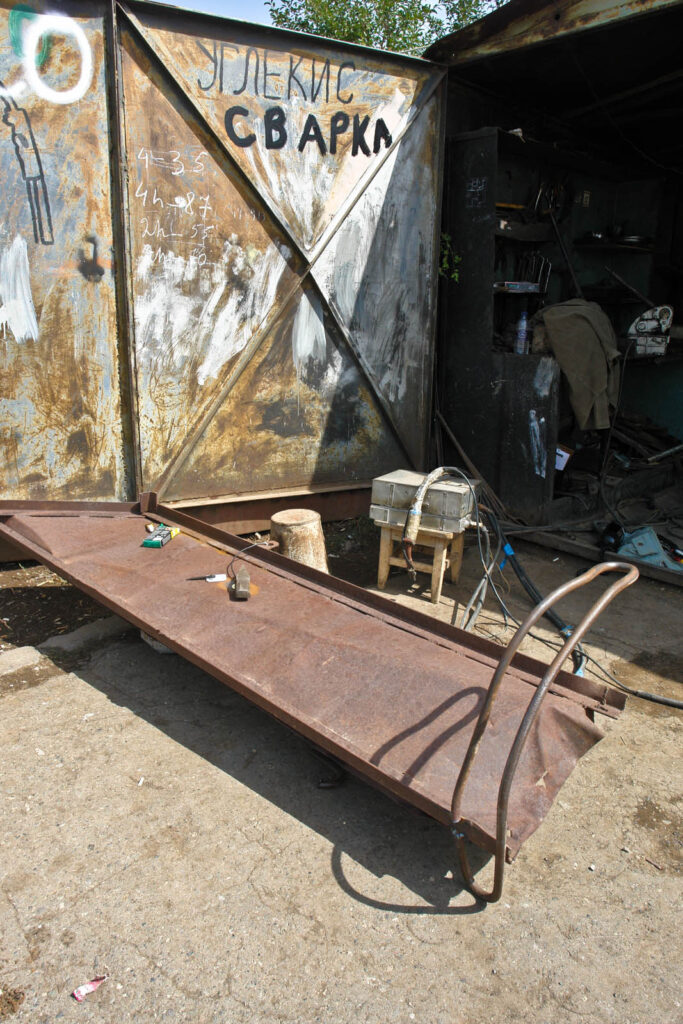 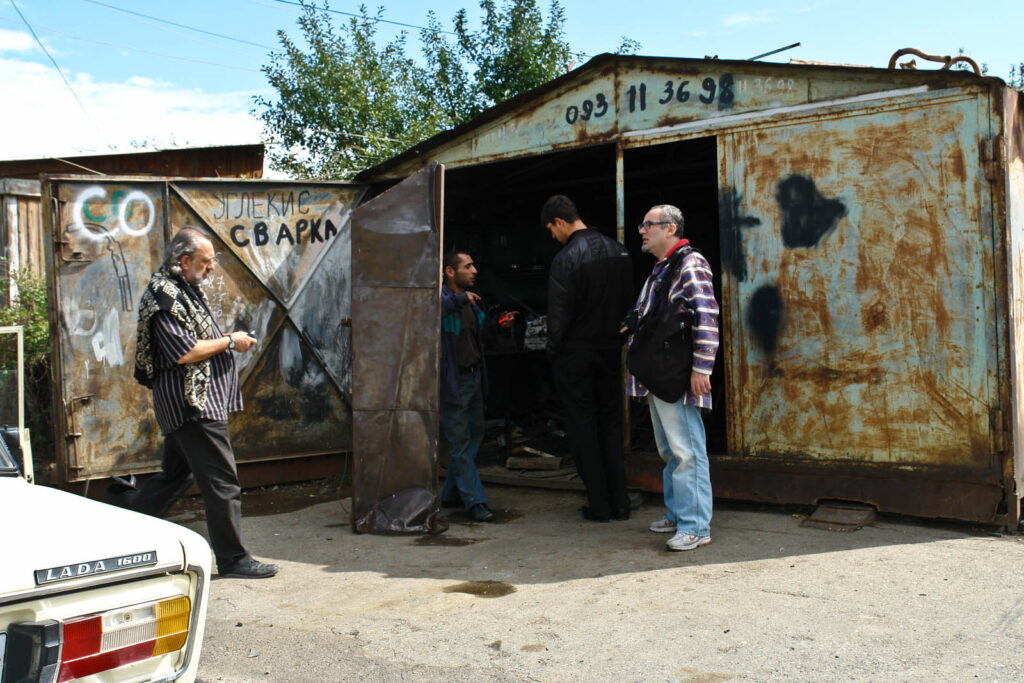 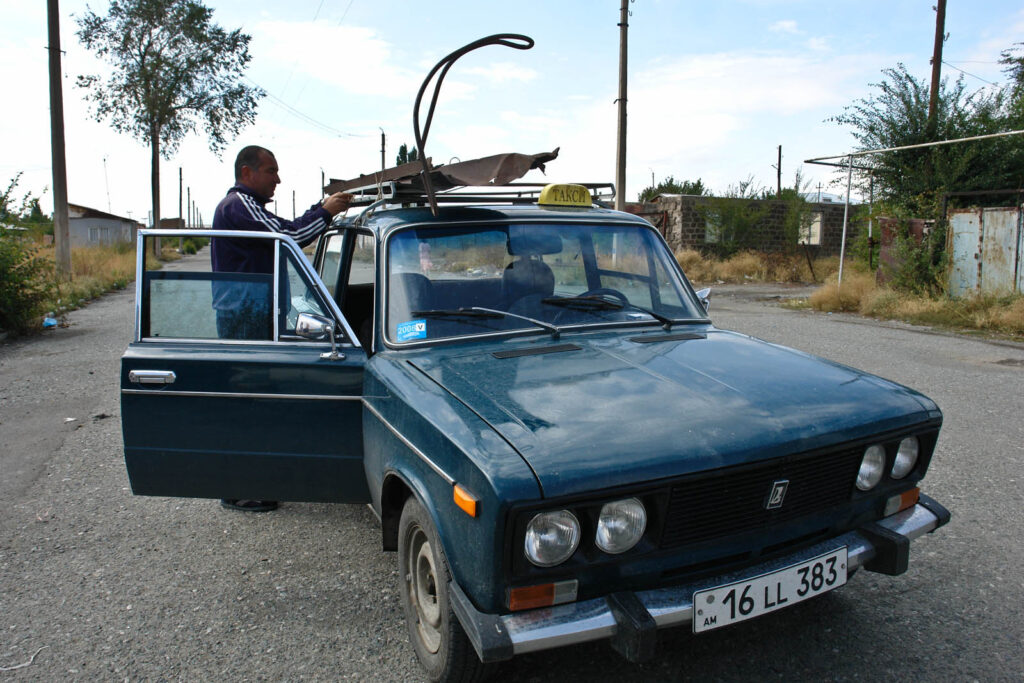 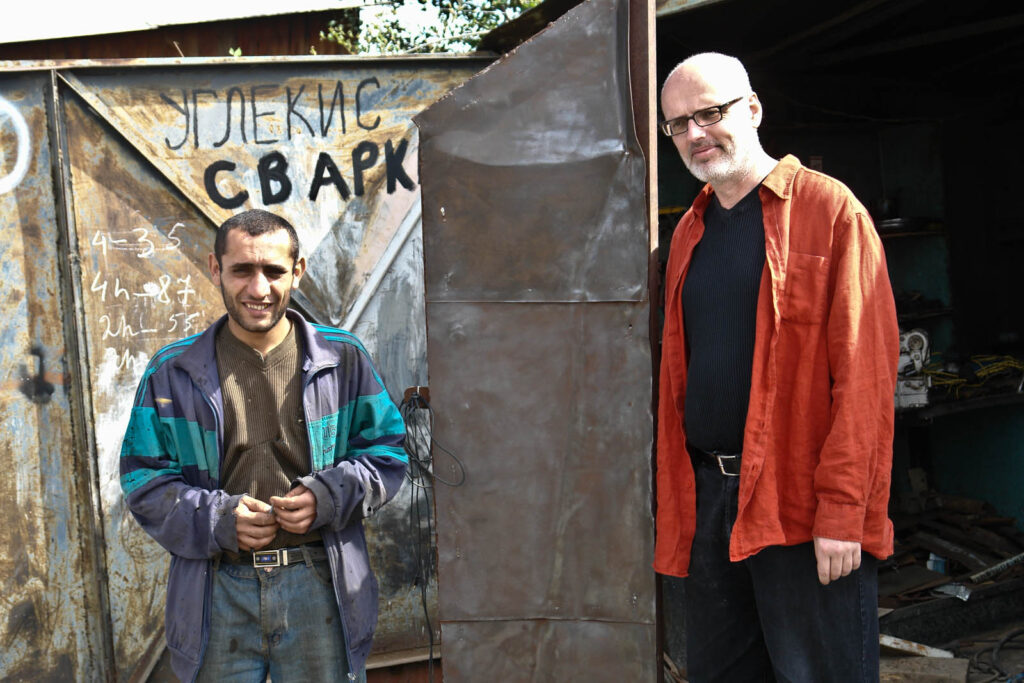 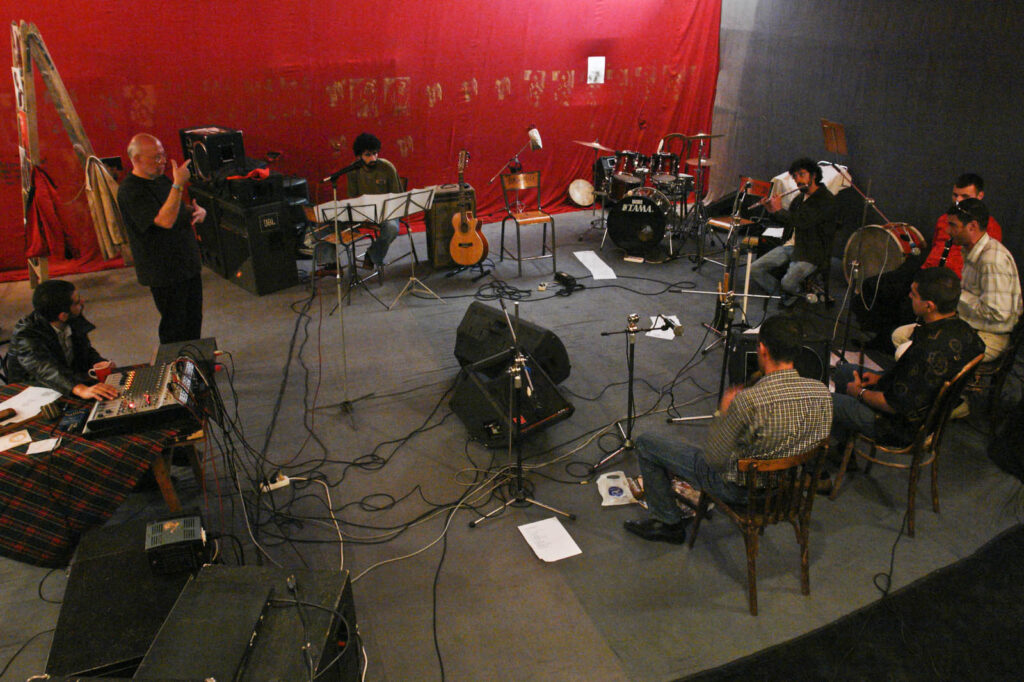 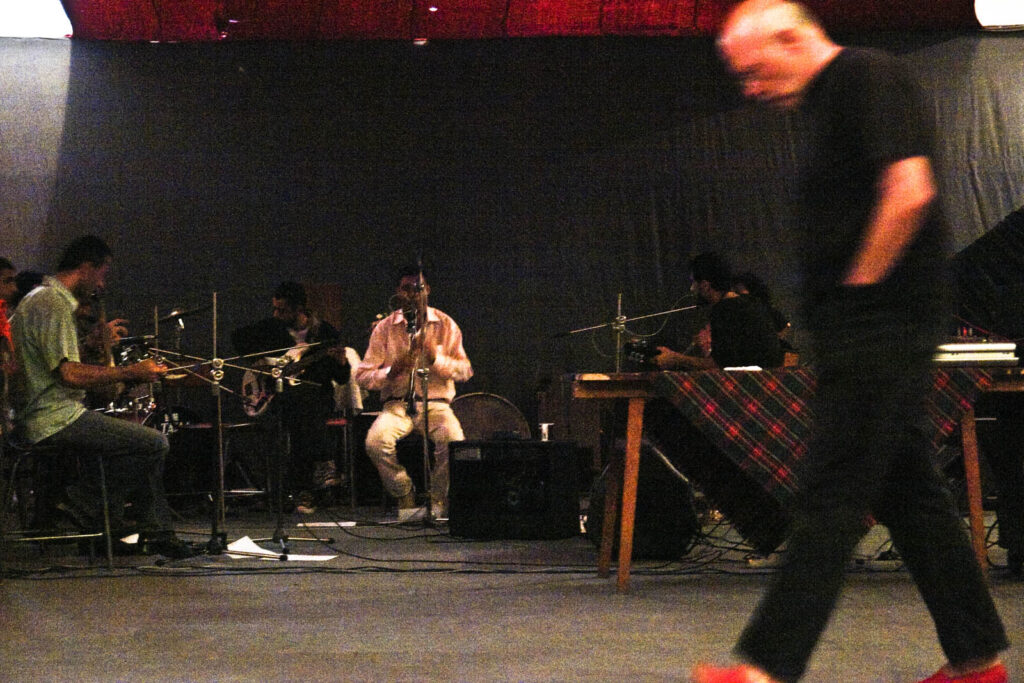 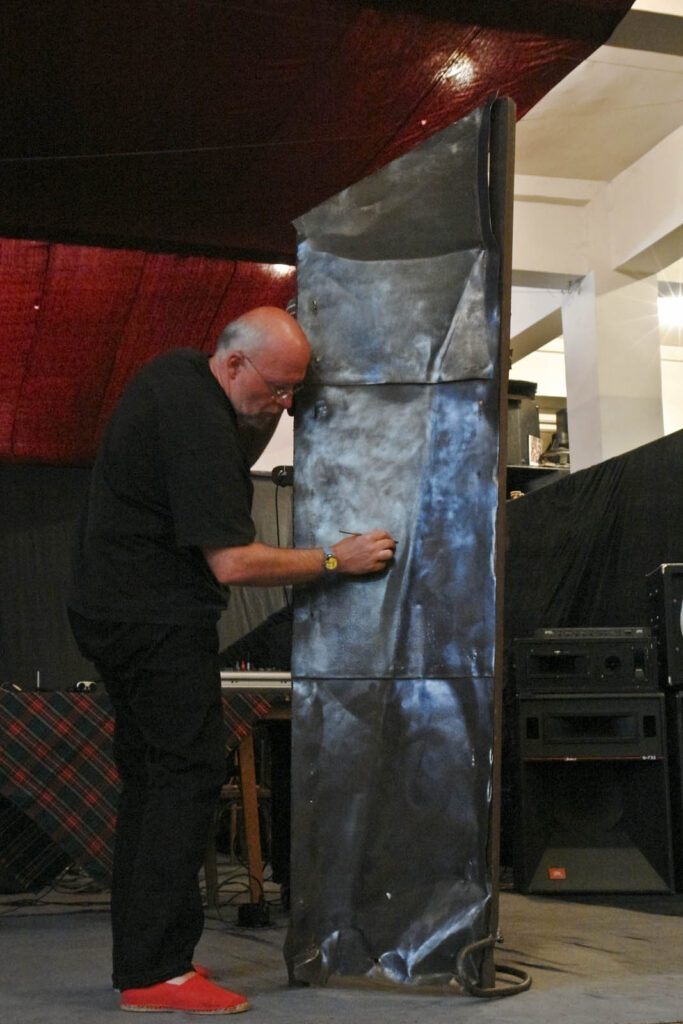 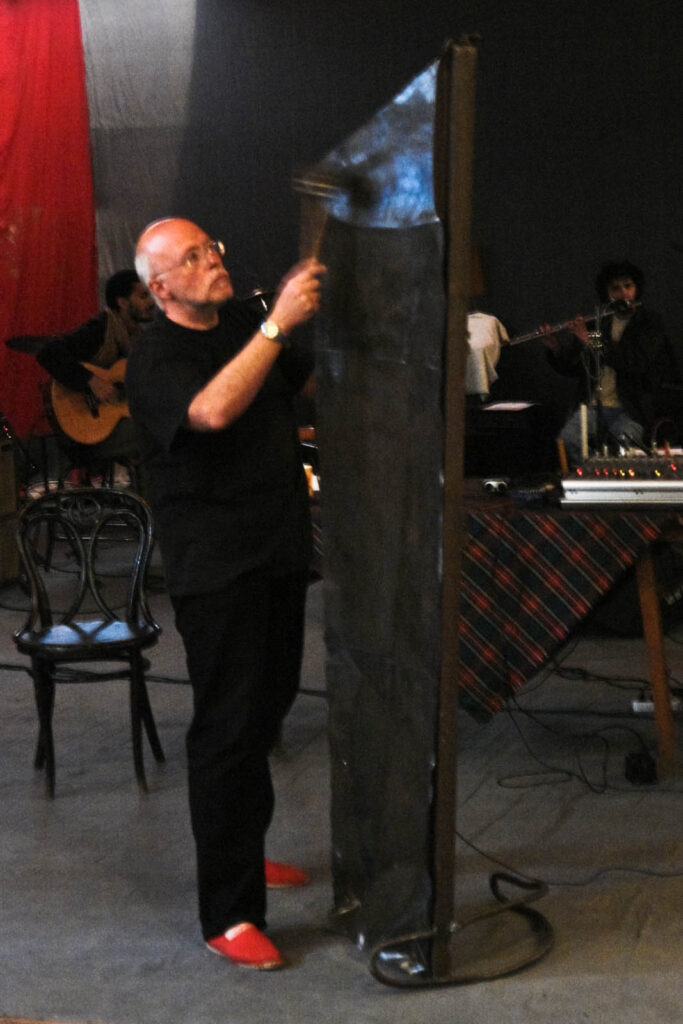 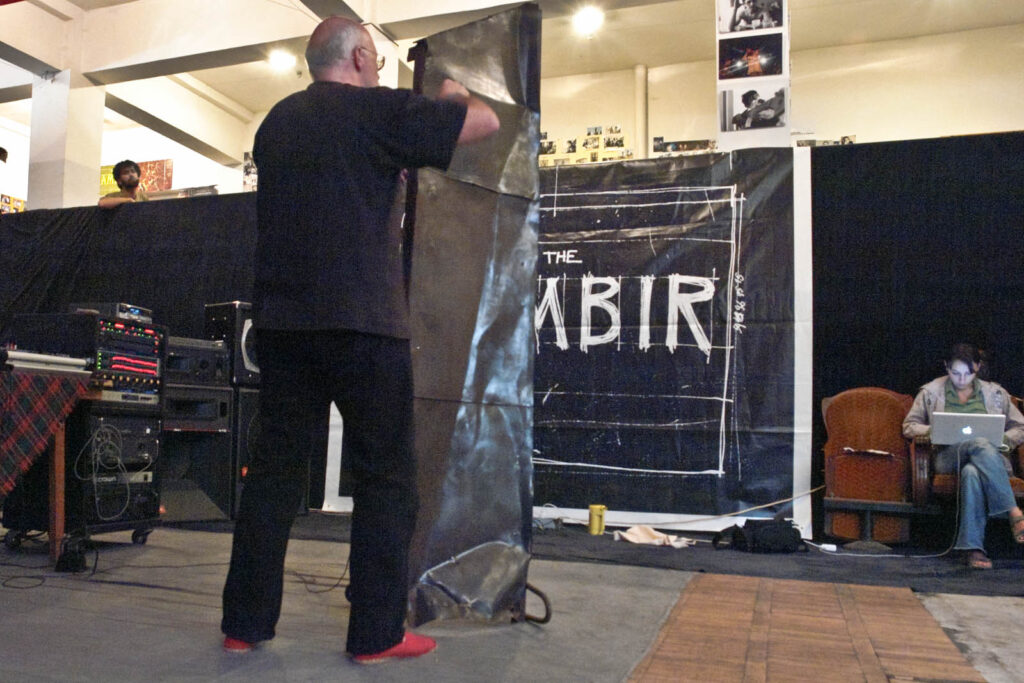 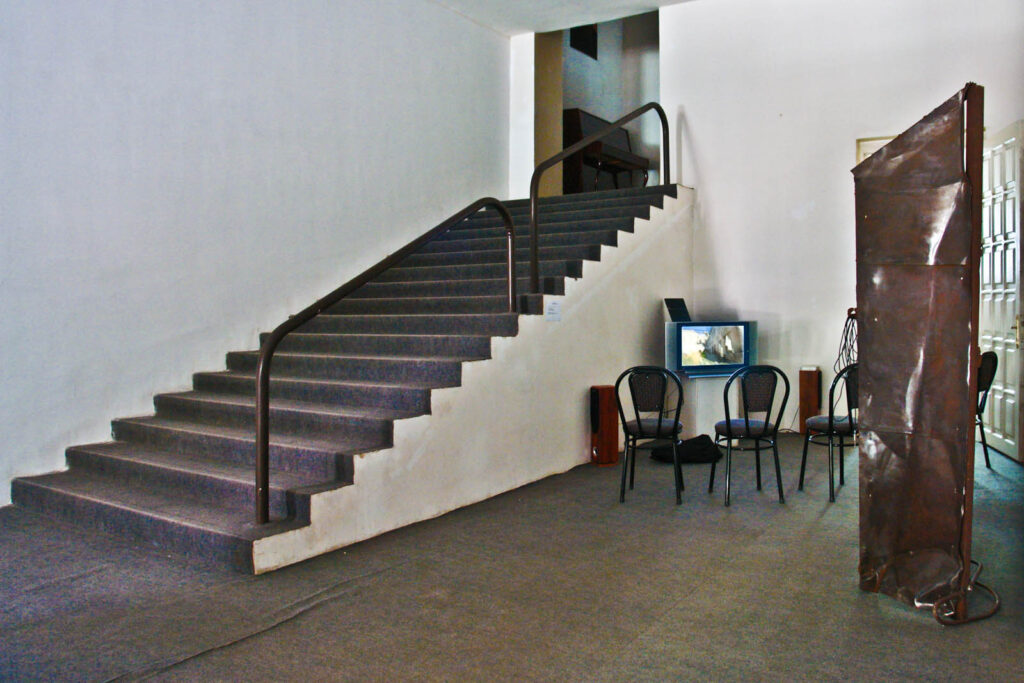 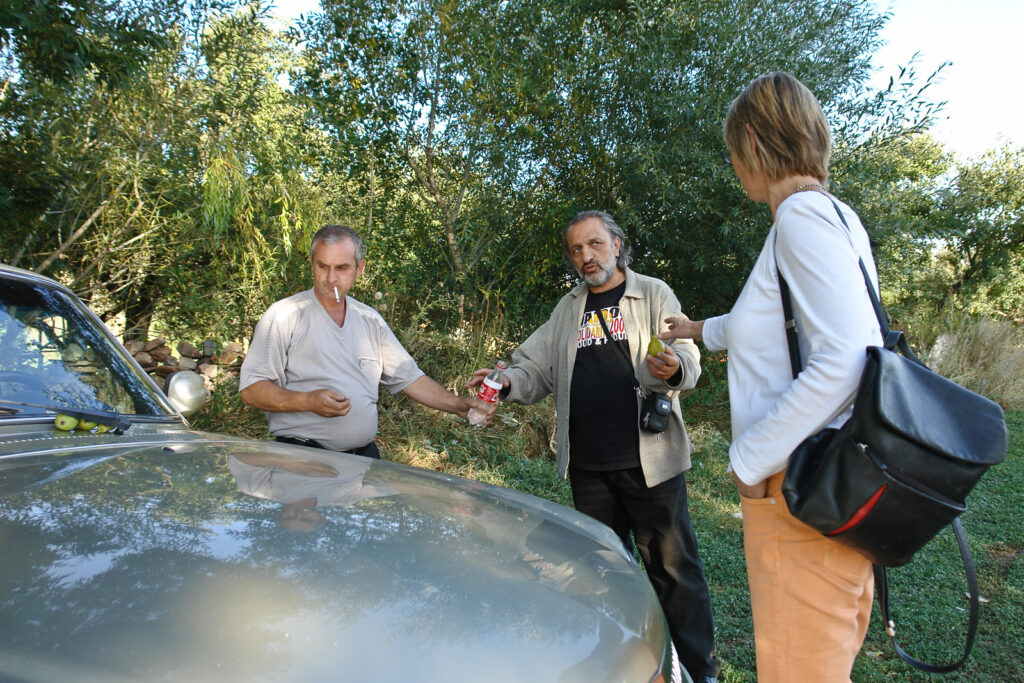 The material for sound sculptures in Gyumri is right on the doorstep, or at least it was in 2008. The friendly car mechanic around the corner welds them together professionally, and transport by taxi is no problem either.
The first stop was Dietmar’s concert with Armenian musicians, the last stop was the municipal gallery in Gyumri, where it should still be today … 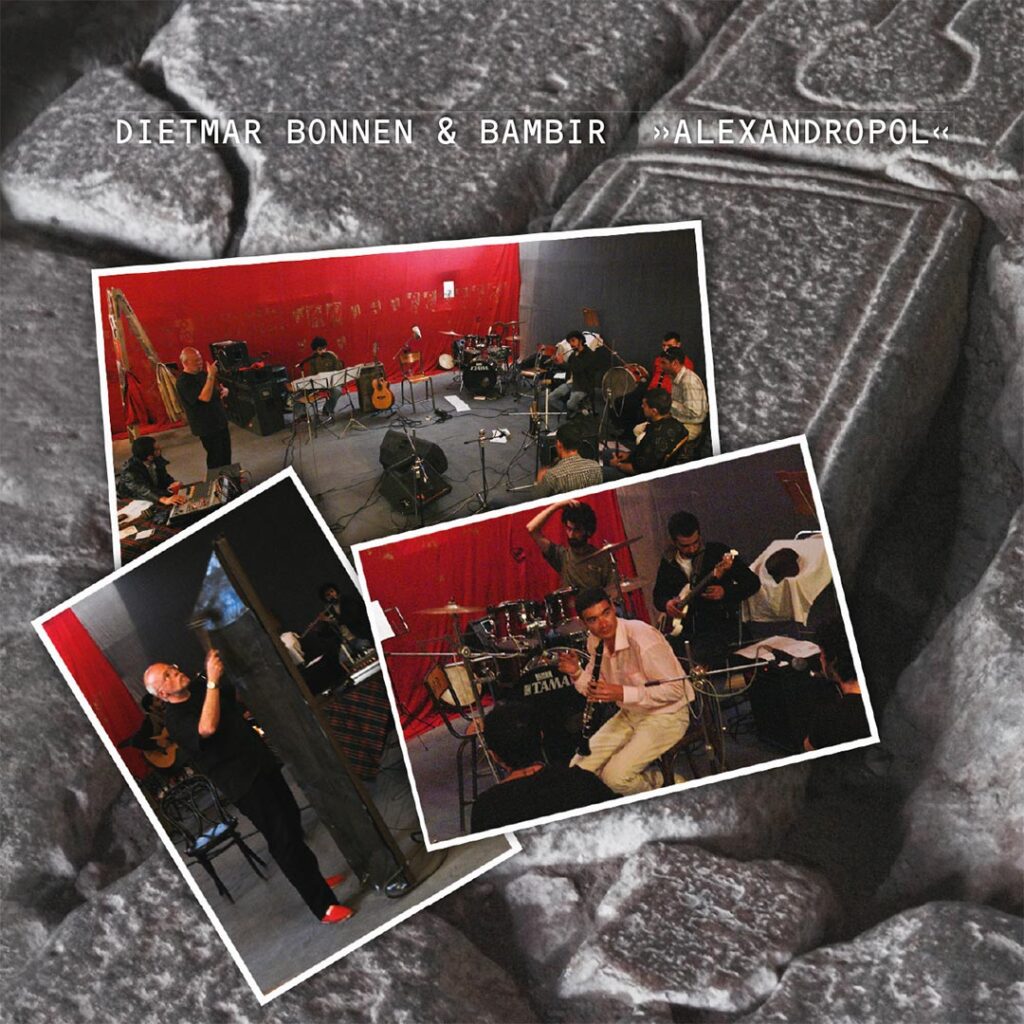 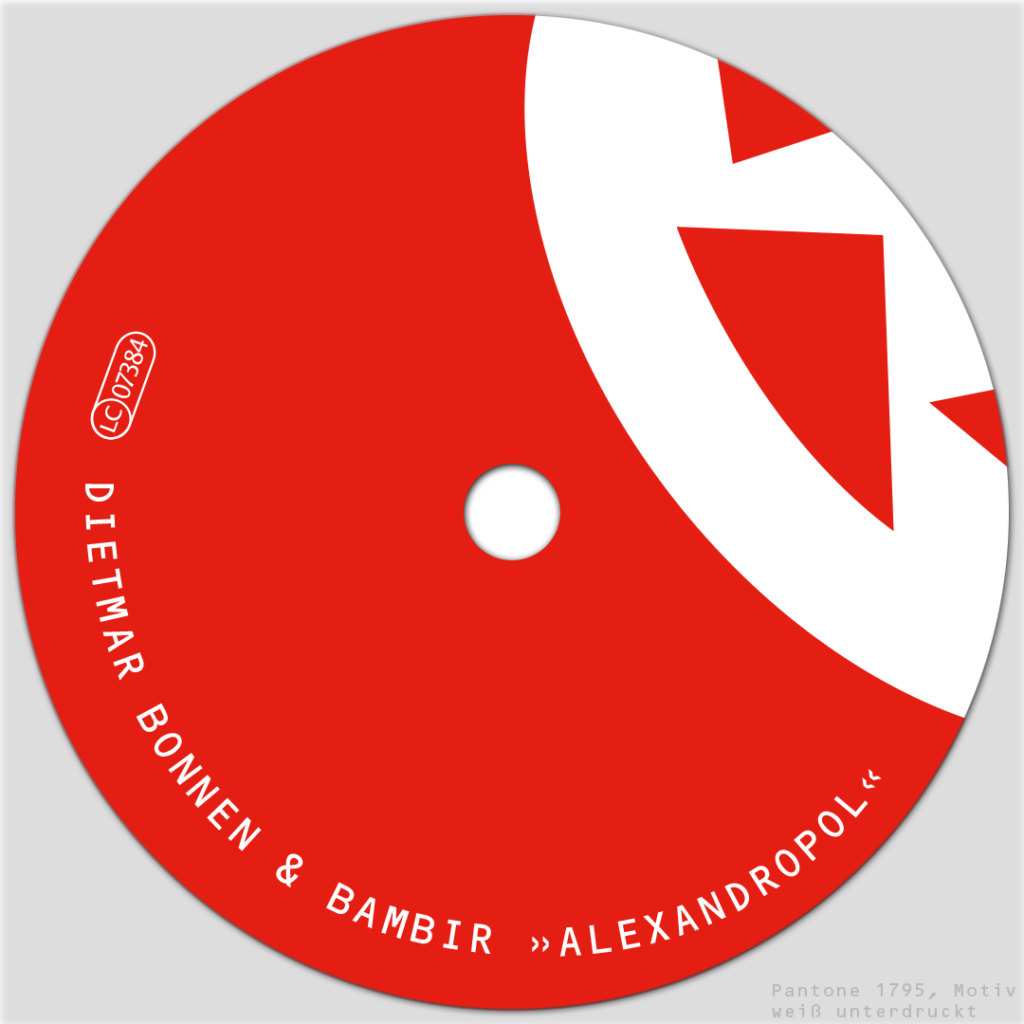